What Did Dalton Read | Books from October 2019

The Rule of One by Ashley Saunders and Leslie Saunders

Book Description: "In the near-future United States, a one-child policy is ruthlessly enforced. Everyone follows the Rule of One. But Ava Goodwin, daughter of the head of the Texas Family Planning Division, has a secret—one her mother died to keep and her father has helped to hide for her entire life. She has an identical twin sister, Mira. For eighteen years Ava and Mira have lived as one, trading places day after day, maintaining an interchangeable existence down to the most telling detail. But when their charade is exposed, their worst nightmare begins. Now they must leave behind the father they love and fight for their lives. Branded as traitors, hunted as fugitives, and pushed to discover just how far they’ll go in order to stay alive, Ava and Mira rush headlong into a terrifying unknown." (Source: Goodreads)

Dalton's Review: An interesting take on the future of American government and society. America has adopted a one child policy, partly due to global warming and the absence of livable terrain, and the governor of said program has a deadly secret: he has identical twin daughters. Ava and Mira share not only physical characteristics but a life. Mira is Ava and Ava is... Ava. "Mira" does not exist except only in a discrete hideaway within the walls of their home. That is until Mira breaks and the truth is revealed. The Rule of One is an excellent story written by identical twin sisters who, firsthand, teach their readers exactly what it is like to be twins in an oppressed world. 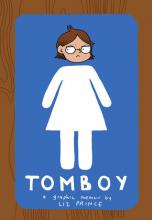 Book Description: "Growing up, Liz Prince wasn't a girly girl, dressing in pink tutus or playing pretty princess like the other girls in her neighborhood. But she wasn't exactly one of the guys, either. She was somewhere in between. But with the forces of middle school, high school, parents, friendship, and romance pulling her this way and that, "the middle" wasn't exactly an easy place to be. Tomboy follows award-winning author and artist Liz Prince through her early years and explores--with humor, honesty, and poignancy--what it means to 'be a girl.'" (Source: Goodreads)

Dalton's Review:  Identity is an extremely confusing, yet important, element to growing up. Liz Prince beautifully illustrates her experience as a young girl enjoying components of "boyhood"; she dresses like a boy, she gets dirty, she behaves like a boy, etc. But the thing is, she's a girl and is proud of that. Through tales of friendship, relationships, and punk rock, Liz educates us on how there is more than one way to be girl, and that being a "tomboy" is normal. 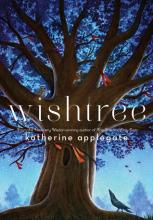 Book Description: "Red is an oak tree who is many rings old. Red is the neighborhood "wishtree"—people write their wishes on pieces of cloth and tie them to Red's branches. Along with her crow friend Bongo and other animals who seek refuge in Red's hollows, this "wishtree" watches over the neighborhood. You might say Red has seen it all. Until a new family moves in. Not everyone is welcoming, and Red's experiences as a wishtree are more important than ever." (Source: Goodreads)

Dalton's Review: Wishtree was recommended to me I have no regrets in having read it. An enjoyable story told from the perspective of a 200 year-old oak tree and his animal tenants who reassure us about the power of community and acceptance as a Muslim family faces neighborhood discrimination. A must read for all families.