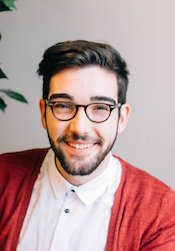 From Goodreads: "When Abdi's family is kidnapped, he's forced to do the unthinkable: become a child soldier with the ruthless jihadi group Al Shabaab. In order to save the lives of those he loves, and earn their freedom, Abdi agrees to be embedded as a spy within the militia's ranks and to send dispatches on their plans to the Americans. The jihadists trust Abdi immediately because his older brother, Dahir, is already one of them, protégé to General Idris, aka the Butcher. If Abdi's duplicity is discovered, he will be killed.

For weeks, Abdi trains with them, witnessing atrocity after atrocity, becoming a monster himself, wondering if he's even pretending anymore. He only escapes after he is forced into a suicide bomber's vest, which still leaves him stumps where two of his fingers used to be and his brother near death. Eventually, he finds himself on the streets of Sangui City, Kenya, stealing what he can find to get by, sleeping nights in empty alleyways, wondering what's become of the family that was stolen from him. But everything changes when Abdi's picked up for a petty theft, which sets into motion a chain reaction that forces him to reckon with a past he's been trying to forget.

In this riveting, unflinching tale of sacrifice and hope, critically-acclaimed author Natalie C. Anderson delivers another tour-de-force that will leave readers at the edge of their seats."

Dalton's Take: Abdi, a young African teen, is left with two choices: save his brother from being a suicide bomber, killing hundreds, or relieve his family from containment brought on by US forces. Let's Go Swimming on Doomsday is a beautifully structured novel featuring pieces of Abdi's past and present displayed in such a way that leaves you hungry for the completed puzzle. Definitely one of my top reads of 2019!

Bonnie & Clyde: The Making of a Legend by Karen Blumenthal

From Goodreads: "Bonnie and Clyde: we've been on a first name basis with them for almost a hundred years. Immortalized in movies, songs, and pop culture references, they are remembered mostly for their storied romance and tragic deaths. But what was life really like for Clyde Barrow and Bonnie Parker in the early 1930s? How did two dirt-poor teens from west Texas morph from vicious outlaws to legendary couple? And why?"

Dalton's Take: An iconic duo with an unfortunate fate, Bonnie & Clyde: The Making of  a Legend not only retells the story of Clyde Barrow and Bonnie Parker, but answers the questions "What really made them famous?" and, "Were they really the relentless, romanticized killers that Hollywood has made them out to be?" Bonnie & Clyde: The Making of a Legend was recently granted the 2019-2020 Kentucky Bluegrass Award. 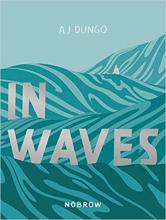 In Waves by A.J. Dungo

From Goodreads: "In this visually arresting graphic novel, surfer and illustrator AJ Dungo remembers his late partner and the shared love of surfing that endured throughout their time together. Dungo explores the beauty and complexity of his relationship with his partner as they face her prolonged battle with cancer. With his passion for surfing uniting many narratives, he intertwines his own story with those of some of the great heroes of surf in a rare work of nonfiction that is as moving as it is fascinating."

Dalton's Take: All I can say is, be prepared to cry. The heart wrenching, illustrated novel, In Waves, compares the history of surfboarding and AJ's personal relationship with surfing and his lost love, Kristen.